AZ How do you find your own true love? Should you give your partner complete freedom to go wherever he or she wants to?

– MN You can’t talk about love without mentioning freedom. You can force anyone to do anything, but, as a matter of principle, without free choice it is not “love”  then.

– AZ What does your  poem  say about this topic?

– MN I started from Solomon‘s wise words “let go if you love”.

– AZ You see, the poem  is against freedom, and maybe Solomon is not so wise! Beloved – maybe he or she is a despot?

– MN Freedom is essential. If a person does not run away from you, but at the same time has no choice, you cannot call it love. And even if a person is not a “pig”, this does not mean that he or she loves you! Although it would be necessary to let him fish or other hobby…

– AZ Solomon meant something else – another sense of freedom  …

– MN I will explain to you by telling you two recent stories. The first example. During the Great Patriotic War, a young woman rescued her beloved man from a POW camp. He turned out to be a typical Ukrainian good owner who dreamed of an own small shop, if Stalin would have allowed it. But his wife was not bothered about the household, besides she had a sharp tongue “with pepper” … They lived to see their golden wedding, because they gave each other freedom, and this man always saw his wife as a fragile woman who ran to him to the camp through the woods, nomatter that they might kill her, rape her, or unleash dogs on her …

The second example was known  throughout the entire Soviet Union. A young women from Moscow saved a military pilot in Afghanistan from captivity by the Taliban. They got married, lived together for some time, but in one of the family quarrels, the man answered the reproaches by saying: “You know, I didn’t ask you to release me from captivity …” She was offended, filed for divorce and soon founded a second family.

– AZ Well, these are atypical cases…

– MN Every case is different!

– AZ Typically – in the East (“East is a delicate matter!”): Women are protected from prying eyes, a man completely disposes of them, there is no ephemeral love, a wife is next to her husband, this is a lack of freedom of course, otherwise there will be no long-term relationships between people … We are not  swans – who are a family for a lifetime …

– AZ And we will have complete anarchy if there is freedom …

– MN You mentioned some examples of the East – it is easy for a man to get a divorce there, for a woman – it is also possible, however, for those who are divorced, the dowry is smaller. Yes, a woman is protected – it is dangerous there in the dark, as snakes (literally!) are everywhere –  in abundance! And economically, a woman is dependent on her husband and relatives. However, as an Uzbek driver told on an excursion to Samarkand: “Ukrainian, Russian women are buying woven fabric here. And Uzbek women just tell their husband: I want a dress or earrings like my friend’s! The husband will refuse her a new thing once, but the second time he does so…his wife will go to her parents’ house, and this will be a huge shame for her husband! No one else will marry his daughter to him!” Another example is from Chechnya. A Chechen man first met an Ukrainian woman, and then married a girl from a Chechen village. He was asked: “Do you love her?” He replied: “I respect her very much!” Yes, it’s normal that passions subside – at 40, it’s not like at 20 …

– AZ I just gave an example from the East – the border between freedom and non-freedom is better  visible there. But we also have a tradition: a woman holds a man by the hand, a man can also make a scene. Jealousy is where unfreedom starts!

– MN Marriage is a free choice, during the wedding ceremony they ask: did you come down the aisle of your own free will? And we also had a wonderful tradition – engagement, usually for a year. It doesn’t mean that you can already sleep together, but you can watch a person from the “correct” distance for a year – with whom he or she walks and not only to conclude: could you live with him (her) or not? But here, it seems to me, we are not talking about the “snake”. A vivid example is Mr. Rochester from the novel Jane Eyre, who hid that he was married because he was afraid of losing his beloved Jane. I note:  If he had been Orthodox, he would have been given a divorce even in those days, because his wife was not only out of her mind, but dangerous to other people … Now the “serpent” may be seen in this form – the husband is dying, the wife finds out about the parallel family, the savings hidden from her … How to survive it? On the one hand, they have been together for many years, on the other hand, how to survive such a disappointment?

– MN “Friend, traitor or scoundrel?” – I also ask this question. There are known examples of some artists – it seems to have returned, but later will go out over and over. How to pass it over?

– AZ I’m still for the restriction of freedoms, if a couple lives together. A person  can’t always rely on him-or herself, and can meet someone whose psychological power is very strong …

– MN For every power may be found some greater power! But the main thing is willpower rooted deeply in one’s soul. Some people develop it, some don’t. In my example of rescuing a prisoner during World War II, both people had tremendous willpower. But some modern people keep each other on a chain – why? Dogs break off the chain, this may be possible only for a short time …

– AZ Well, this is again a specific example. But the powerman (???) appears and drives you crazy! And the victim – instead of holding back, gave complete freedom and lost her beloved …

– MN Let’s look at willpower analyzing the example of woman. They are, as a rule, young, well-groomed … First of all, you need to have willpower:  concerning food,  washing in time, even if you don’t like it! Internal lack of freedom and a sense of duty must  always be there!

– AZ Do you know the chiropractor Kasyan, from Poltava? He was asked about sins, he replied: “I love women very much.” He molested everyone, including the married ones. None of them refused! (“) Here is an example – a relaxed person fell into the hands of a chiropractor … There are many such situations! And then they themselves suffer … therefore, even if I am seduced against my will, I have to watch my loved ones, where they go, the feeling of jealousy  rises for a reason, both members of the couple should protect each other!

– MN In ancient Greece, there was a clear prohibition of sexual intercourse between a doctor and a patient and between a teacher and a student. The list of risky professions can be expanded: a taxi driver, an artist, a politician, an athlete … A person must behave with dignity to avoid falling down at the first opportunity!

– AZ You say that every person should have inner dignity, but I think that behaving like the “wise” Solomon recommends  means risking the loss of a loved one!

– MN It will be a mutual loss. “There is no family in the past – there is a destroyed family” – I wrote about this in my story “Two Shores Met” («Два берега встретились» -about love, friendship and how people suffer  hiding the truth). However, we now have lyrics, and the poem “Who forbade loving a snake?” It is included in our first bilingual collection “On the Wings of the Wind” («Auf des Windes Schwingen”) – there it is also presented in a masterful translation by the Austrian poet Franziska Bauer.

– AZ Then… let’s listen to  the poem in German!

– MN I wish that your love, dear listeners, will never be destroyed by snakes! 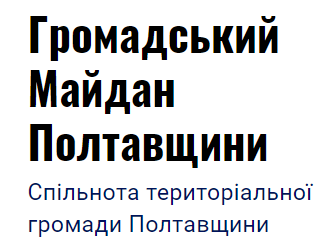